back to the overview
back to

Where the world jumps

For over 90 years, ski jumpers have been flying high at the Bergisel ski jump. While the first daredevils were rocketing skyward from a simple wooden construction, the jump site was extended and rebuilt for the 1964 and 1976 Olympic Winter Games.

The star architect designed a 50-metre-high tower with a 100-metre-long run-up in her familiar flowing architectural style. The opening, which was also accompanied by further extensive adaptations of the Olympic Ski Jump Stadium, took place in 2002. Since then, the Bergisel Arena has effortlessly joined the ranks of the most modern sports arenas in the Alpine region and attracts thousands of visitors whether or not there’s a competition. 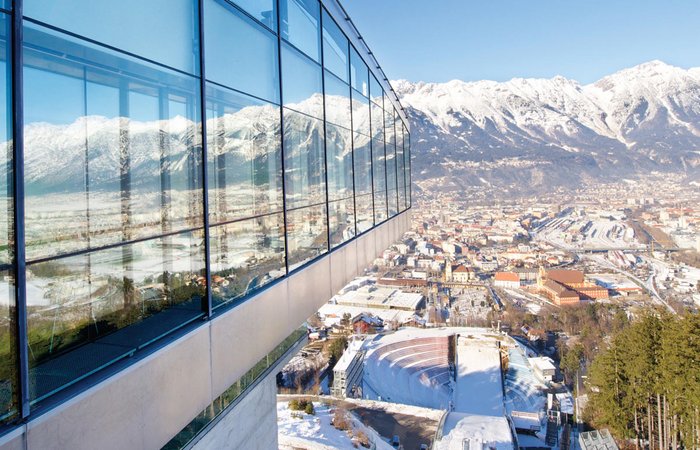 At Bergisel the chances are good to meet one of the stars during training or to see a show ski jumper in action. At the venue of the Four Hills Tournament it is, of course, a special highlight to get a glimpse of a real competition. 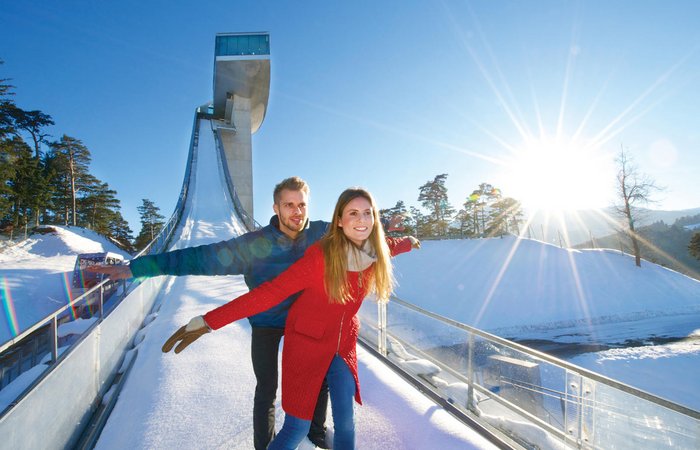 The terrace and the Bergisel Sky restaurant in the tower offer a breath-taking view of the city of Innsbruck and the surrounding mountains, making a trip here an excellent way to round off your holiday. The Restaurant 1809 also enjoys great popularity. The menu promises the highest quality thanks to top quality Austrian and international products.

The world jumps at the Bergisel

In 2000, the facility was completely rebuilt as the requirements for international ski jumping had fundamen-tally changed. Zaha Hadid was commissioned to plan the new ski jump. Guests from all over the world are enthusiastic about the Olympic history and the outstanding architecture of the Bergisel ski jump. The Bergisel ski jump is more than just a sight in Innsbruck. It is one of the landmarks of Innsbruck and of Tyrol. After all, the world jumps at Bergisel!

After visiting the Bergisel ski jump stadium you can discover another SKI plus CITY Pass Stubai Innsbruck excursion possibility. In the immediate vicinity you will find the TIROL PANORAMA museum, which is con-nected to the Kaiserjägermuseum. There, you can see the largest work of art in Tyrol, the Cyclorama of Innsbruck, which is a 360-degree portrayal of the Third Battle of Bergisel.

For up-to-date information about opening times and the Covid-19 changes, hygiene rules and code of conduct for the Bergisel Stadium, Bergisel Sky and Restaurant 1809 am Bergisel, please refer to the homepage www.bergisel.info 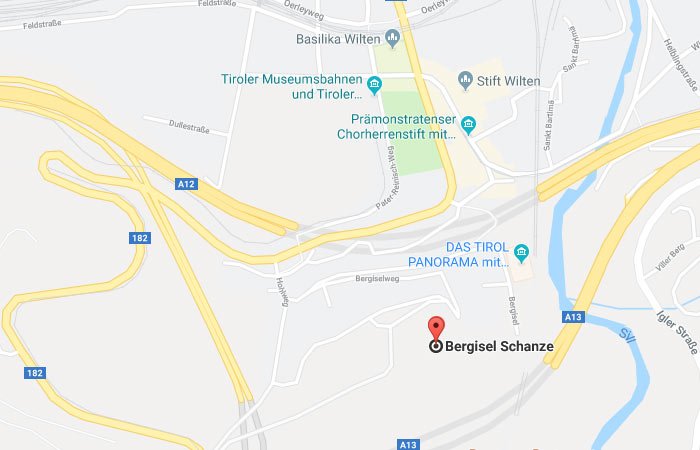 Used to protect against spam caused by spam bots.